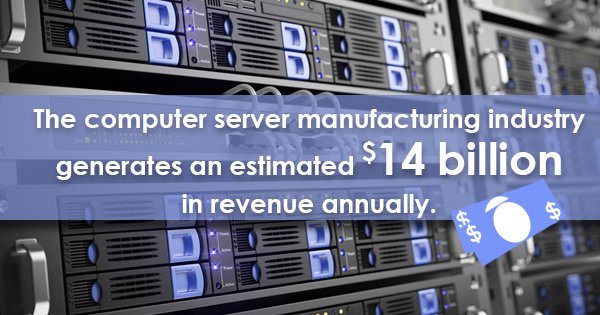 More than ever before in the history of computers, the $14 billion computer server industry is a buzz with one word: automation.


Thanks to data center automation, enterprises are able to handle significantly more customers and clients, revolutionizing the result for the end user. According to Data Center Knowledge, users will continue to get their content directly from the cloud, meaning data centers will need to be able to handle this upswing in demand. That's where automation comes in.


Want to know more about automating your servers and server enclosures? Here's a look at the three most critical layers of data center automation that every data center professional should know and understand:


The newest automation technologies are able to take a look at applications and software operations running within a data center's server enclosures and automate and control them. They offer services like physical and virtual load automation, provisioning services, application layering and much more. This is guaranteed to keep the 9,566 people working in the computer server manufacturing industry busy throughout the next few years.


Another key aspect of automation today is the virtualization and hypervisor layer. This layer acts as a connector between your data center and the cloud. This allows you to more effectively control your data center resources and automate virtual services delivery like never before. It's becoming clear to a growing number of data centers -- and the 334 computer server manufacturing companies existing today -- that the virtualization layer is one of the most crucial layers of automation.


As stated before, the cloud is projected to continue its steady growth, increasingly becoming a universally-used part of people's lives. As a result, data centers will need to catch up fast. Technologies like CloudStack and OpenStack are helping data centers automate their operations on the cloud, boosting versatility and efficiency like never before.